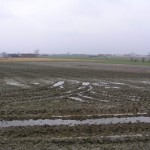 Between 1914 and 1918 the northwest corner of Belgium, part of the region known as Flanders, saw some of the heaviest battles of World War I.

While visiting the city of Brugges, one February, I took a guided day trip to visit the infamous battlefields of Ypres. 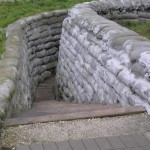 During the Great War, Ypres had strategic importance in that it was located right in the path the Germans were taking to invade France. As a result, the city experienced several battles and was almost completely destroyed. The Germans occupied three sides of the city while the British, French and allied forces counter-attacked along the “Ypres Salient.”

The Battle of Passchendaele, in 1917 was the most significant battle. The allies recaptured the Passchendaele Ridge with both sides suffering terrible casualties. 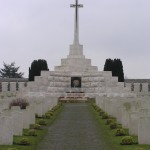 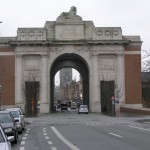 Hearing the detailed accounts of the battles, walking the reconstructed trenches, seeing the acres of tombstones, and feeling the raw, damp cold that the soldiers experienced almost 100 years ago made the visit humbling. On this Armistice Day, we remember the valor of those soldiers.

Note: In Belgium and France, November 11 is recognized as Armistice Day to commemorate the signing of the armistice ending WWI. In the United States, it is referred to as Veteran’s Day to honor all U.S. military veterans.

This entry was posted in Europe. Bookmark the permalink.